What has sustained Clark’s in over 170 years in the business is a strong family work ethic, a total dedication to customer service, adapting quickly to changes in the hardware business and the ability to adopt new technology. In fact, Margaret Clark, the store’s 7th generation owner, is quick to point out that her father, Andy Clark, established a computerized inventory system in the 1980’s long before anyone was leveraging the advantages of this technology. This system helped Clark’s track inventory, recognize consumer trends, and sustain the store’s position as an industry leader.

Today, Margaret Clark leverages the latest technology to ensure that Clark’s hardware is stocked with the products that her customers need.

However, the real strength of Clark’s still rests with the family’s commitment to customer service and the local community. This can be seen in their support of local organizations, from schools to historical societies. During the Coronavirus crisis, Clark’s has been donating masks to the homeless and low income areas. They are committed to donating one mask for each one sold in the store.

Information and expert guidance are part of the conversation with every customer. This is the big difference, setting Clark’s apart from their big box competitors. Family owned and operated businesses treat their customers like family. Something generations of Clark’s Hardware customers already appreciate.

In 2017, Margaret Clark became the 7th generation of the Clark family to own the business when she bought it from her father, Andy Clark. Although Margaret grew up working in the family business, she points out that her parents did not expect her or her four siblings to make it a career.

At first, a hardware career was not top of mind for Clark. Like her father and uncle before her, she served in the military. After serving in the Marines and attending business school, Margaret eventually returned to the family business, working under her parents to learn the business from the inside out. It was not until her father neared retirement that she decided that her future rested with running the family store, helping to transition it successfully into the 21st century. 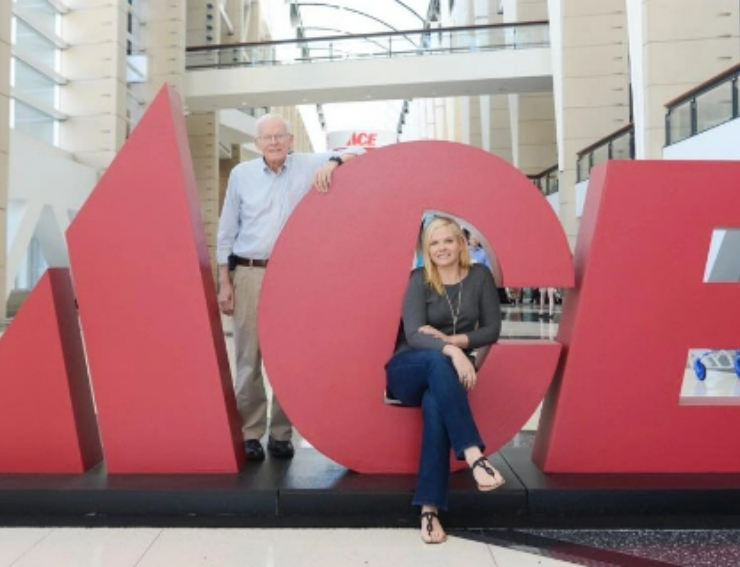 Staying successful in the hardware business for over 170 years, Clark emphasizes, has meant that each generation running the business has had to adapt to market and economic changes.

“Maintaining the highest possible level of customer service, along with understanding and watching industry trends are essential ingredients to our continued success,” she says. “You’ve always got to be learning and improving.”

CUSTOMER SATISFACTION IS OUR NUMBER ONE PRIORITY

Great customer service in every department you walk in, someone will ask, if you need help with anything.

The staff were friendly and knowledgeable, the store was clean, and it had stuff we forgot we needed! I'll be going back there many more times in the future.

One of the best Ace Hardware locations in all of Maryland. Store is very well laid out, their stock is tremendous, and the staff every time I've visited have been extremely helpful and courteous.

Best Ace hardware store around. Very professional and courtious staff. Very well stocked and prices are competitive. There's an Ace a mile from me but I'll travel an extra 10 for the service and availability.

This is the best ACE hardware I've been to. great selection. big organized store. Great customer service!!!! Saved me a trip to Silver Spring Area and I found the item I needed to unclog my drain!